I had the weirdest exchange with a stranger at a hardware store earlier this summer.

I was in our local hardware store shopping for Father’s Day gifts last week and I noticed a display of beer can tumblers from that company whose coolers cost more than my mortgage. The tumblers, normally $25 each, were marked down 30%. At $18 each, they were still pretty expensive for beer tumblers but, knowing Jim would never drop that kind of money on one for himself, I decided to get it for him. I also grabbed one for my father-in-law.

As I was placing them in my basket, an older man (I would guess he was in his 60s) came up behind me.

Man: “Ah, some of their stuff is just so expensive.”

Man: “Well, I would never buy them, but clearly money is no object for you.”

Then he walked away. 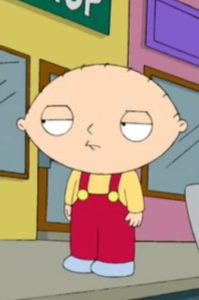 Yes. Clearly I care nothing about money, which is why I’m Father’s Day shopping through the sales at the hardware store. I’m so fancy.