The Census of 2010 reported that 20% of the population of the United States was 10-years or younger. 21 million of those children were under the age of 6. Kidshealth.org reports that the average 4-year-old is 40 inches tall. That means approximately 1 in 7 people living in the US are 3 feet or shorter.

So WHY on earth doesn’t anyone put stools in their public restrooms?!?

Taking a newly-potty-trained toddler to the restroom is hard enough as it is. They don’t fit on the seat, they’re terrified of the self-flushing toilets, and the two of us barely fit in the tiny stall together. Despite my insistence they don’t touch anything, they manage to rest their hands on nearly every surface. After wrangling their clothes back on, then trying to use the toilet myself while repeating “don’t you dare open that door until I’m finished!” at least 4 times, I am then forced to balance my 30lb toddler on one raised knee while simultaneously turning on the water and squeezing the soap dispenser while they do a half-assed job of washing their own hands. 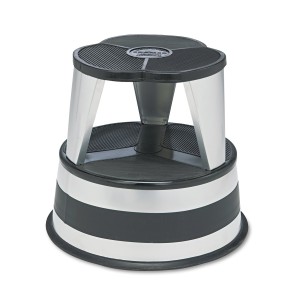 I’ll delay my rant about changing tables for another day, but at least one can argue that those are expensive ($400 or more). But a stool? 50 bucks, and you only need one in each room. I have great appreciation for businesses who provide a lower sink, but they are few and far between. I adore business that provide a mini-toilet for little butts (thank you, Knoebels), but I’ve seen that maybe three times in my life. Trust me, moms and dads know what each public bathroom in their community provides and we are more likely to patronize a business if we know we can easily change a diaper or avoid bathroom acrobatics.
No, bathroom stools won’t solve world hunger or house the homeless, but a hungry homeless person with a toddler would probably still appreciate a stool then next time they have to take them to a public restroom.